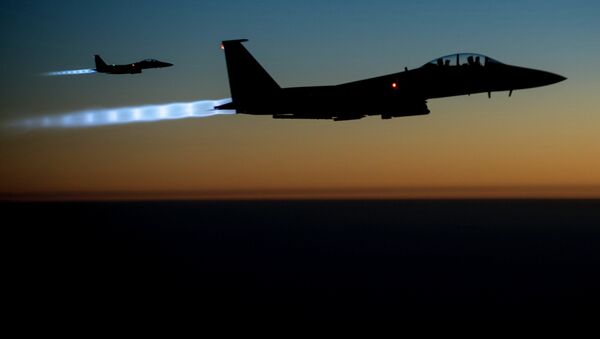 The recent coalition air strike on the Syrian Army, which took place on Sunday night, killed three and left thirty wounded, claims a representative from the Syrian Army.

Dozens of Civilians Killed in US-led Coalition Airstrikes
"While our troops have been fighting to repel the attacks of the Daesh terrorists, from the east, planes from the US-led coalition struck one of the positions of our troops in Deir ez-Zor, killing three soldiers and wounding thirty, and destroying arms, military and special equipment and facilities," Syrian Armed Forces spokesman Brigadier General Ali Meyhub told reporters.

Citing the data provided by the Syrian General Staff, an MoD spokesman said that between 19:40 and 19:55 on December 6, 2015 aircraft of the Western coalition carried out a strike against the field camp of the 168th brigade of the 7th division of the Syrian government forces, located 2 kilometers west of the Deir ez-Zor airfield.