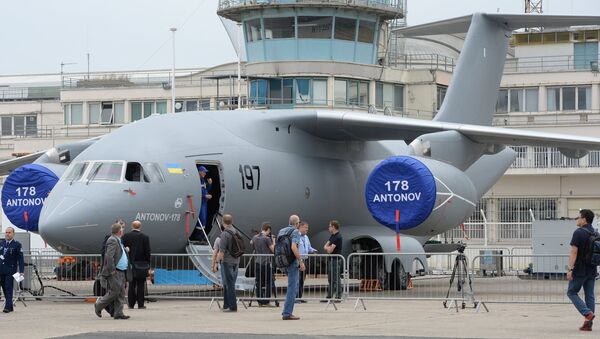 Losing Patience: Europe, US Tell Ukraine ‘No More Excuses’
Antonov, a Ukrainian aircraft manufacturer, used its Facebook page to give the public the chance to name its newest creation, An-178 short-range cargo plane.

According to media reports, the most popular name, with over 2,500 people voting for it, turned out to be ‘Bandera’ – surname of Stepan Bandera, infamous Ukrainian nationalist and WWII Nazi collaborator.

The second- and the third-most popular names, with over 700 people voting for each, are ‘Amet-khan Sultan’ (a WWII Soviet ace pilot and Hero of the Soviet Union of the Crimean Tatar descent) and ‘Cyborg’ (a nickname given by the Ukrainian media to Ukrainian government troops who fought in Donetsk Airport during the recent crisis in the country).

The voting kicked off on October 22 this year and is set to end on December 19.