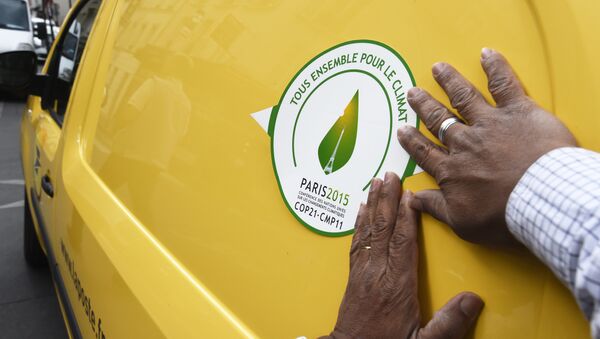 Paris Climate Change Conference final deal should include pledges of respect for gender equality and rights of the indigenous people, Anabella Rosemberg, a policy officer at the International Trade Union Confederation said Thursday.

"The Paris deal must give the destination, must give ambition, but it must also indicate how governments will commit on the way in which we would get there, and that needs to be with the respect for human rights, securing workers of future and opportunities for them through a just transition with decent work, with gender equality, respecting indigenous people's rights, all this is now under threat in the draft text," Rosemberg said on the conference sidelines.

She added that in the deal's preliminary draft these principles are included "either in a preamble, or in lots of brackets" while they "must be in the article 2 of the agreement for this agreement to be fair."

The Paris Climate Change Conference, running November 30 — December 11, is expected to result in the signing of a global agreement on the measures necessary to prevent global warming from exceeding 1.5 degrees Celsius, including greenhouse gas emissions cut targets, as an increase of average global temperatures of 2 degrees or more has been scientifically proven to have disastrous consequences for the planet.