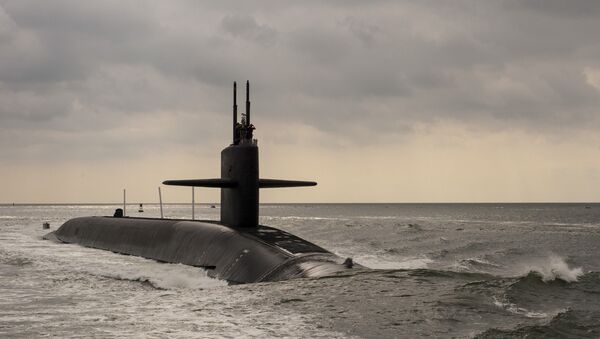 A new report, obtained by the Navy Times by way of a Freedom of Information Act request, reveals the repeated violation of privacy of female shipmates by their male counterparts aboard the US ballistic missile submarine Wyoming.

One of the sailors has admitted that during a three-month patrol, he and another male sailor would rush to film female crew members each time they undressed to shower or change — several times a day using an iphone or tablet, which are banned on board the submarine.

The command investigation exposed a ring of a dozen sailors hatched an elaborate plan, in which one would act as lookout as another would film through a hole, continuously breaching female midshipmen’s privacy for nearly a year.

"The thing with the Wyoming is, to me that was such a shocking event," Lt. Jennifer Carroll, who served aboard the ballistic missile submarine, told USA Today. "It was completely 180-degrees out from what my experience was. I couldn't really even fathom that one of our guys [would] do that to me.”

Of the 12 sailors who participated by filming, distributing, watching or hearing about them without reporting them, eight were court-martialed, one was acquitted, three went to captain's mast, and one was released with no charges, USA Today reported.

Ultimately, ten of the perpetrators would face disciplinary actions ranging from dishonorable discharge and prison time to reduction in rank and pay forfeiture at captain's mast.

"The abhorrent behavior of this small number of personnel is not indicative of the superior sailors that comprise these crews and the submarine force," wrote Capt. William Houston, head of Submarine Squadron 20, in his endorsement letter to the report.

"This was a deliberate criminal activity taken by a handful of sailors and I find no indication that the leadership environment of either command was culpable in creating an environment that contributed to this insidious incident," Houston added.