Majority of US Millennials Want Boots on the Ground Against Daesh 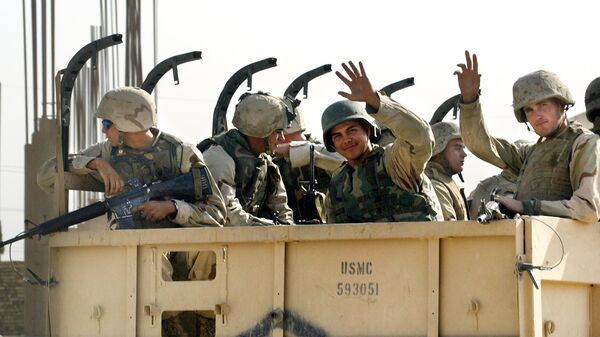 Most young Americans are in favor of sending ground troops to battle Daesh, also known as ISIL/The Islamic State, but few are willing to be the ones who fight, according to a poll by Harvard University.

The new Harvard Institute of Politics survey of people aged 18 to 29 found that some 60% of respondents either "strongly" or "somewhat" supported sending ground troops to combat Daesh militants.

Interestingly, that same question was asked before and after the November 13 terror attacks in Paris. Before the attacks in Paris, 47% of the people surveyed supported the use of ground troops. After the attacks, that jumped up 13% points, to 60% of adults under 30 years old.

The next question in the survey asked: "If the United States needed additional troops to combat the Islamic State, how likely would you be to serve?" To that question, 85% of respondents said they would "probably" or "definitely" not join the military.

In other words, at least 45% of adults under the age of 30 would like to send troops to fight Daesh but would not personally be willing to go.

The poll of 2,011 people aged 18 to 29 was conducted prior to the attack by a married couple who were inspired by Daesh and killed 14 people in San Bernardino, California.