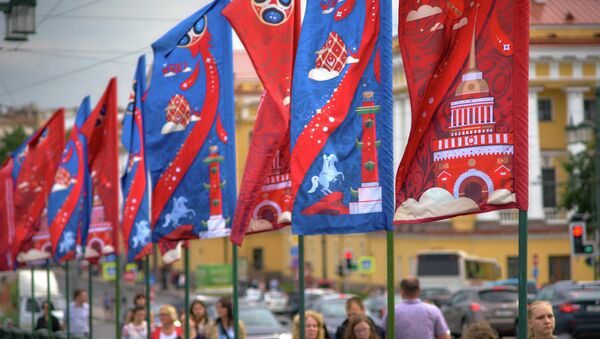 MOSCOW (Sputnik) — The 2018 FIFA World Cup will be held from June 14 to July 15 in 11 Russian cities, including Moscow, St. Petersburg, Kazan and Sochi.

"Of course, special attention will be paid to security… Now [in the light of the recent terrorist attacks], the measures would only be intensified. I am sure, everything will be organized in such a way that it would not be burdensome and fans won't be deterred from coming to Russia," Sorokin said.