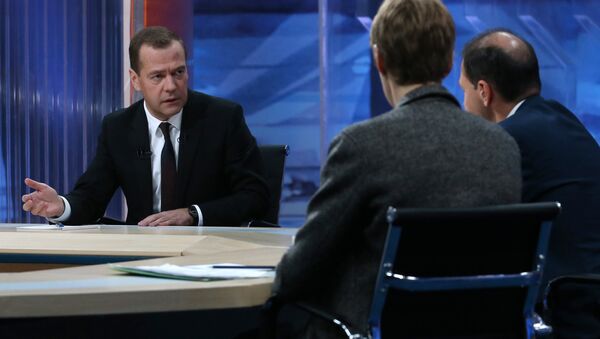 “After a plane was destroyed, how would a country usually react in the 20th century? Begin a war. Because this [Su-24 downing] was a direct attack on another country,” the prime minister said.

"Naturally, war is the worst option. As a matter of fact, Turkey has violated all international legal standards, they committed an act of aggression against us and basically gave ground for war. However we decided against a tit-for-tat response," the prime minister added.

Putin: Su-24's Black Box to Reveal Truth About Jet Shot Down by Turkey
On November 24, the Russian Su-24 aircraft crashed in Syria after being downed by a Turkish jet. Ankara said that the attack came in response to the violation of Turkish airspace by the Su-24. Both the Russian General Staff and the Syrian Air Defense Command confirmed that the Russian bomber never crossed into Turkish airspace.

The Russian president described the Turkish attack as a "stab in the back" carried out by "accomplices of terrorists."