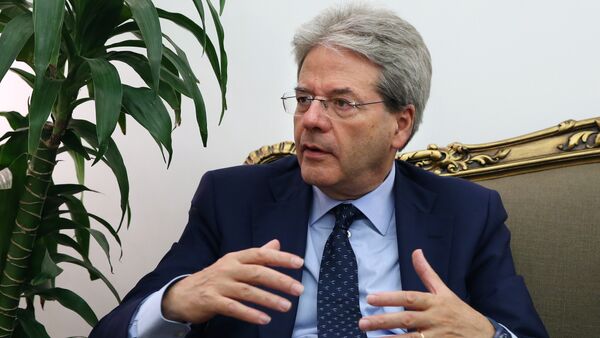 The EU economic sanctions expire on January 31, 2016. It is expected that the EU is to discuss extending them over the following week. After that, the heads of EU foreign ministries would approve them on December 14, and the formal decision would be made at the EU summit in Brussels between  December 17 and December 18.

According to the channel, Italy does not approve the "automatic" prolonging of sanctions for another six months, and has addressed current EU presidency-holding country Luxembourg to discuss the topic in the form of a debate.

Who is Putin? Italian TV Reveals the Other Side of Russia's President
Relations between Russia and the European Union soured in 2014, when Brussels joined Washington in accusing Moscow of fueling the Ukrainian crisis, imposing economic sanctions as a punitive measure.

The Russian authorities have refuted the allegations, warning that the Western sanctions are counterproductive.

In response to the Western restrictive measures, in August 2014 Russia announced a one-year food embargo on products originating in states that imposed sanctions. The ban has since been extended for another year.