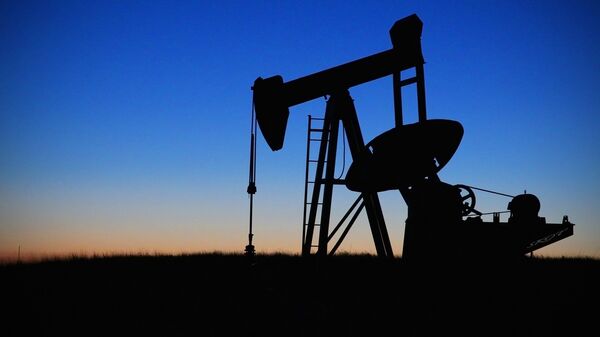 In a special report for the LA Times, special correspondent Nabih Bulos took a look into how exactly Daesh (ISIL/ISIS) makes money off the trade of stolen Syrian and Iraqi oil. The journalist found that to a large extent, Daesh depends on local residents, their former livelihoods destroyed, who extract and refine the oil as a means to survive.

According to the journalist, Russia's recent accusations that Turkish President Recep Erdogan has been colluding with Daesh in the "industrial-scale" trade of stolen Iraqi and Syrian oil has served to "highlight the militant group's prominence as an important oil broker" in the region.

With Daesh now estimated to control nearly two-thirds of Syria's oil production capacity, and threatening gas fields near Palmyra, the heart of Syria's gas sector, political leaders and analysts have been asking themselves how it is exactly that Daesh is able to operate the fields under their control and to get their product to the Turkish black market.

US Cover-Up of Turkey-Daesh Oil Smuggling Disintegrates Into 'Excuses'
First of all, Bulos notes, as far as Syria is concerned, oil production has declined to no more a tenth of prewar levels. Energy analysts estimate that the country is now producing only 30,000 to 40,000 barrels per day, compared to 385,000 barrels before the war. Furthermore, gas production is believed to be down by at least 40%.

As for how the terrorists are able to extract and refine the stolen oil, the journalist explained that "most of the oil is sold to small, privately-owned refineries, usually do-it-yourself operations that have sprung up near the 'nodding donkey' pumps that dot the landscape of northeastern Syria."

These pumps, Bulos notes, "are operated mostly by civilians unaffiliated with Daesh. They take the crude directly from the wellhead, refine it and sell the inferior product on black markets. They are typically local people whose prior livelihoods were destroyed by the fighting." 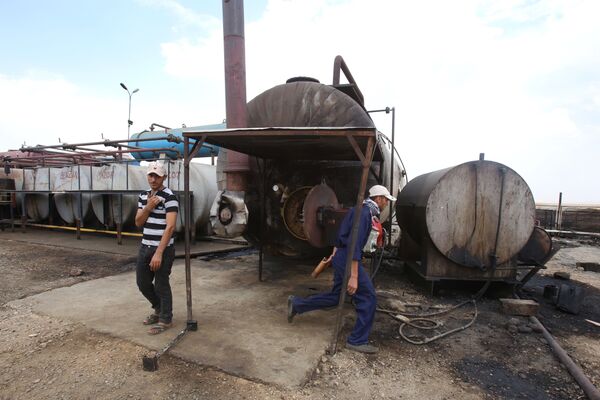 Ultimately, according to the journalist, these civilian operators are the "key to the resilience of Daesh's oil trade: Not only do they refine and transport the oil, but they also bear the brunt of the US-led coalition's air campaign against oil infrastructure –without compensation from Daesh."

Emphasizing the tremendous scale of the illegal trade in stolen oil (with the Russian Defense Ministry noting in a briefing last week that literally thousands of oil tankers were making their way into Turkey via "live oil pipelines") Bulos explained that in fact, "much of the oil never reaches external markets, and is used for domestic consumption in Daesh-controlled territories or sold to other rebel factions." 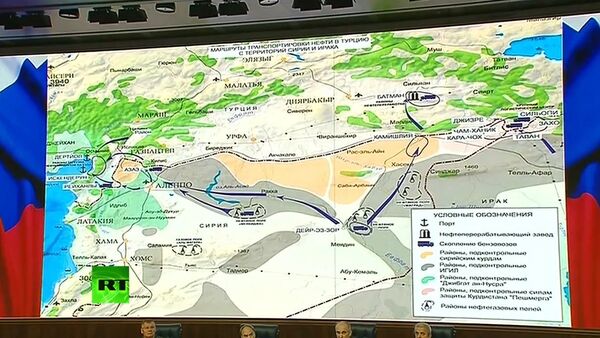 A map, presented by the Russian Defense Ministry last week, showing the three main routes of the alleged oil smuggling operations from Syria and Iraq into Turkey.
© Photo : Youtube / RT

Estimates of exactly how much money there is in the illegal oil trade, the journalist notes, have varied between $2 million to $3 million per day, with the Russian Defense Ministry saying that that number has been cut in half as a result of Russian airstrikes against Daesh oil infrastructure.

Ultimately, while Bulos is skeptical of the Russian Defense Ministry's allegations that President Erdogan's family has played an active role in the illegal oil trade (despite mounting evidence to the contrary), he does at least admit that many prominent analysts, along with Iraqi officials, have openly charged "that the scale of the smuggling would not be possible without Turkish governmental sanction."