US Spy Planes to Fly From Singapore Over South China Sea 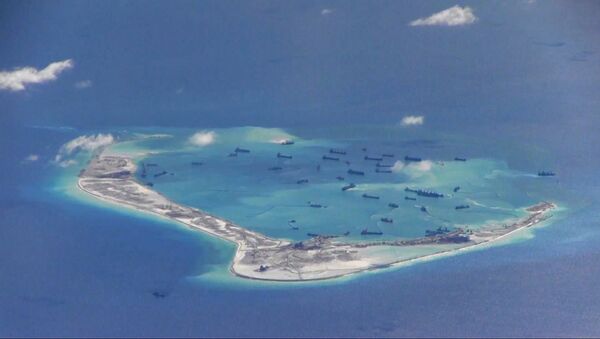 As part of an aggressive push to challenge Chinese territorial claims, the US will soon expand its surveillance flights in the South China Sea.

Despite having no territorial claims to the waterway, Washington has fiercely contested Beijing’s construction of artificial islands in the South China Sea. To monitor the progress of those islands, the Pentagon has flown P-8 Poseidon surveillance planes out of the Philippines and Japan.

According to Pentagon officials speaking on condition of anonymity to Foreign Policy, those flights will soon be launched out a third country: Singapore. An agreement between Singapore’s defense minister, Ng Eng Hen and US Defense Secretary Ashton Carter will be signed on Monday.

"They will sign an enhanced defense cooperation agreement that will lay the framework for closer cooperation on a number of areas, including humanitarian assistance and disaster relief, countering piracy and transnational terrorism, and cyberdefense," one official told Foreign Policy magazine.

The aircraft come equipped with radar sensors, and are also capable of anti-submarine warfare, anti-surface warfare, and electronic signals intelligence.

Beijing lays claim to most of the South China Sea, a highly contested region through which nearly $5 trillion in trade passes annually. There are, however, overlapping claims from Malaysia, Taiwan, the Philippines, and Singapore, among others.

Taunting China? US Strategic Bombers May Fly From Australia

China maintains that it has every right to build within its own territory, and has repeatedly stressed that the islands being built in the Spratly archipelago will be used primarily for humanitarian purposes.

The Singapore deal is only the latest sign of Washington’s aggressive stance in the region. In an effort to curb China’s growing influence, the US has pressured regional allies to protest the island reclamation projects, and has staged a number of joint-military exercises in the South China Sea.

In October, the Pentagon began conducting patrols within the 12-mile territorial limit of China’s artificial islands. While this was a clear sign of intimidation, US Admiral Harry B. Harris described the patrol as being emblematic of America’s preference for "peaceful resolutions."

"By matching our words and our diplomacy with routine freedom of navigation operations, we’re making it clear that the United States continues to favor peaceful resolutions to ongoing disputes and that our military will continue to fly, sail and operate whenever and wherever international law allows," he said, according to the Wall Street Journal.

Despite its heated rhetoric over China’s actions, the US has expressed little protest over similar land reclamation projects conducted by Vietnam and the Philippines.

US cooperation with Singapore is likely to draw condemnation from Beijing, which has continually called for calm.

"One should never link the military facilities with efforts to militarize the South China Sea. This is a false argument," China’s Deputy Foreign Minister Liu Zhenmin said last month, emphasizing that the islands are intended to help fishermen, ships, and disaster relief efforts.

"It is a consistent Chinese position to firmly oppose the militarization of the South China Sea."