Net Neutrality is Back in Court 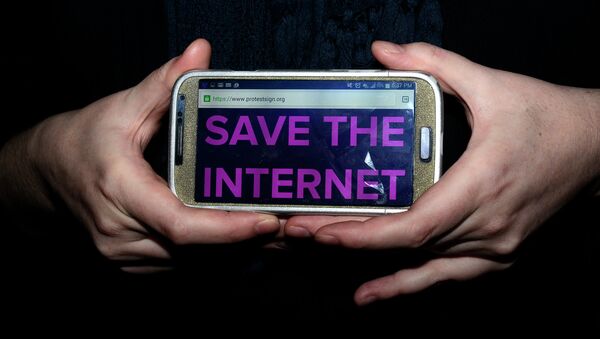 © Flickr / Stephen Melkisethian
Subscribe
Industry lawyers and the FCC battled over net neutrality during a heated debate that lasted three hours in a packed courtroom.

The U.S. Court of Appeals for the D.C. Circuit on Friday heard arguments from broadband providers who are suing the Federal Communications Commission for imposing strict regulations including those involving net neutrality.

The Computer Mouse That Roared: Small ISP Attacks FCC Over Net Neutrality
The measure prevents Internet providers from slowing down websites they don’t like, and charging websites a fee for faster loading times.

The court’s decision will have a major impact on how consumers access the Internet.

If the court rejects the FCC’s stance, Internet providers would have wider freedom in determining what they choose to show consumers online, as well as the cost for that access.

The three judges focused on the FCC’s application of net neutrality to mobile Internet providers.

Industry lawyers argued that the FCC violated the law when it applied its policies to mobile Internet providers, which they say are not part of the “public switched network” that Congress allows the FCC to regulate. In this notion, a tablet user would benefit from net neutrality when using WiFi but not when the device is connected to a 4G LTE signal.

“You’re saying where I am in my house determines whether I'm subject to blocking?" asked Judge Sri Srinivasan to Peter Keisler, an industry attorney.

Consumer advocates said they expect to be satisfied with the ruling on mobile broadband even though the situation in the courtroom led to “mixed results.”

Nonetheless, analysts say a final decision is too close to call.

“Sometimes you walk out of an oral argument with a pretty good sense of which way the decision is going to go," said Randolph May, president of the Free State Foundation," in an interview with the Washington Post. “After witnessing the entire 3 hour argument, to my mind this was not one of those cases."