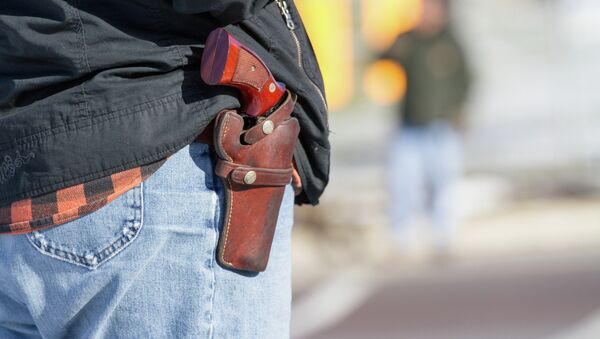 © Flickr / weaverphoto
Subscribe
Following Oregon’s installation of strict background checks for firearm ownership, gun-control advocates are looking at the events leading up to that decision as a blue print for strict gun control despite Congress’s efforts to limit such laws.

More Than Half of US Citizens Oppose Stricter Gun Control Laws - Poll
Step one: grassroots lobbying.

US Gun Violence Spirals Out of Control: The Shocking Numbers, Again
2014 saw money play a big role for both sides, and the battle over hearts and minds is showing no sign of slowing down. That year, Everytown pumped at least $600,000 into its efforts. The group backed by billionaire Michael Bloomberg bought online and T.V. ads, while the NRA mobilized its forces to rally support in Congress.