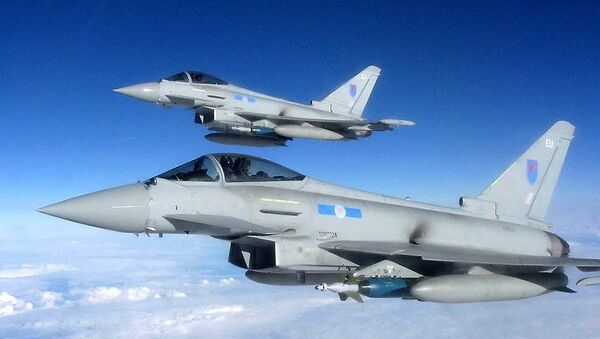 The UK allegedly plans to pair its Typhoon and aging Tornado warplanes, which take part in anti-Daesh bombing raids, to avoid what British journalist Andrew Gilligan described as "accidental clashes with Russia," although it was a Russian aircraft that was shot out of the Syrian skies by another member of the US-led coalition.

The UK used the so-called mixed pairs, consisting of a Panavia Tornado and a Eurofighter Typhoon aircraft, during the 2011 aerial campaign in Libya.

​The Typhoon, a twin-engine, canard-delta wing, multirole fighter, is a more advanced aircraft but it has limited ground attack capabilities, while the Tornado twin-engine, variable-sweep wing combat aircraft is outfitted with main attack missiles in the UK's arsenal. The Typhoons are also more agile and better suited for air defense. 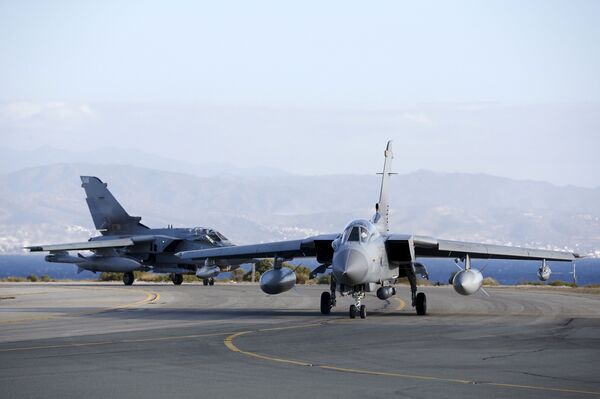 Two British Tornados taxi on the runway, after returning from a mission, at RAF Akrotiri in southern Cyprus December 3, 2015
© REUTERS / Darren Staples

From now on the RAF Tornados and Typhoons, based at the British military base RAF Akrotiri in Cyprus, will "fly within sight of each other," Gilligan wrote for the Telegraph, although the UK's Ministry of Defense did not explicitly confirm this in its latest press release.

​"The RAF Tornado and Reaper aircraft that have been conducting air strikes against Daesh have now been reinforced by a detachment of Typhoon fighters. … The deployment of the Typhoons plus an extra two Tornados offers a significant increase in strike capacity to both the RAF component and the wider coalition air campaign," the UK defense agency said. 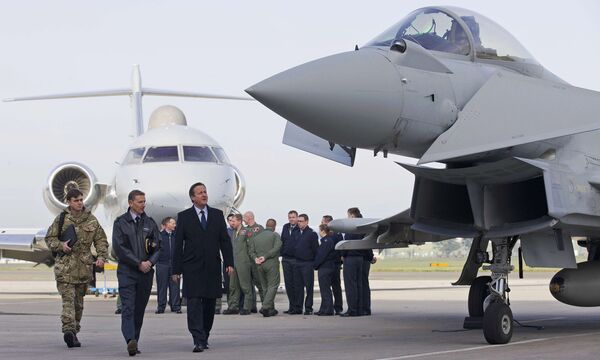 ​Russia has repeatedly called on all those truly interested in defeating Daesh, also known as ISIL, to join its counterterrorism efforts. Moscow launched its airstrike campaign on September 30 following a formal request from Damascus. The US-led anti-Daesh activities have not been authorized by the government of Bashar al-Assad.

On November 24, a Turkish F-16 jet shot down a Russian Su-24 bomber over Syrian territory, citing airspace violation. Russian defense officials provided evidence that the aircraft had not crossed into Turkey. The pilot, who survived the crash, also confirmed that the alleged violation did not take place.