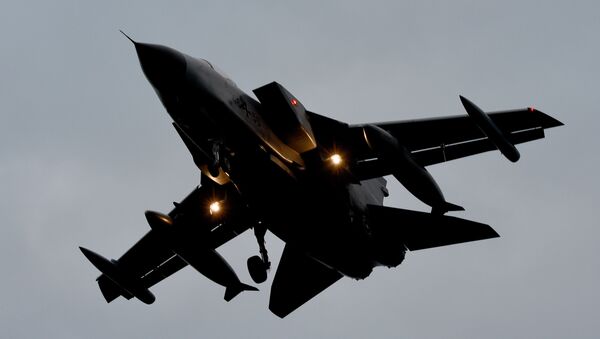 Germany might be eager to take part in the anti-Daesh efforts but some of its military capabilities are quite limited.

"Germany's Air Force is in bad shape. For years, its fighter planes have fallen into disrepair due to lack of spare parts, with the number of its flyable, operational warplanes now at one of its lowest points," Robert Beckhusen wrote for the War is Boring website.

Berlin among other things plans to send six Panavia Tornado multirole fighters to conduct reconnaissance flights in Syria, which does not say much without a context.

German Parliament Approves Military Operation Against Daesh in Syria
Germany has a total of 93 Tornadoes, 66 of which are available for deployment but only 29 are actually combat ready, Der Spiegel detailed, citing a recent report of Germany's Defense Ministry. Earlier this week, Germany's defense chief Ursula von der Leyen told ARD that 30 Tornado aircraft were fully operational but differing numbers do not really change the fact that the situation is getting worse.

In 2014, a total of 38 Tornadoes, or 57 percent of Germany's deployable multirole warplanes, were combat ready. A year later, less than half of them (44 percent) could actually fly missions.

The same dynamic is true with regard to the most advanced warplane in Germany's arsenal.

"Take the Eurofighter Typhoon. The twin-engine, canard-delta wing fighter is Germany's most modern warplane, of which it owns 109 in three different variants. Seventy-four were available but only 42 were deployable in 2014," Beckhusen observed, citing a German air force report obtained by Der Spiegel.

This is a worrying trend in itself but the fact that Germany's defense agency does not distinguish between full and limited operational capability makes it significantly worse. If this difference is taken into account, the number of combat ready Typhoons drops to eight aircraft, the expert explained. 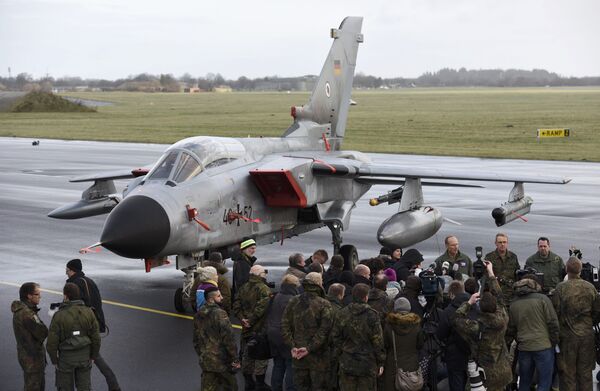 Journalists stand in front of a Tornado aircraft of the Tactical Air Force Wing 51 'Immelmann' during a presentation at German army Bundeswehr airbase in Jagel near the German-Danish border, December 4, 2015
© REUTERS / Fabian Bimmer

Berlin has been trying to dismiss any concerns regarding the upcoming deployment in the context of its depleting fleet of warplanes as a nonissue. Indeed, deploying six out of 30 Tornadoes to Syria might not seem like much. "That gives us a wide margin," as Von der Leyen put it. But the general trend speaks for itself.