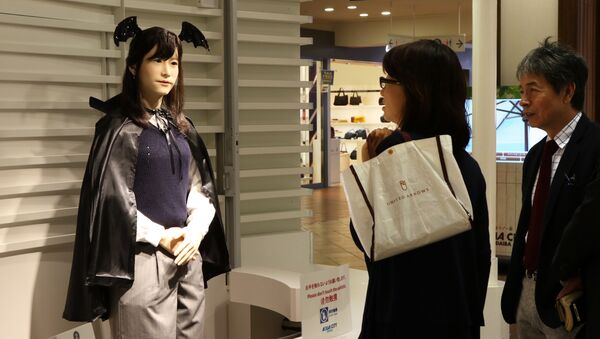 Japan is one of the world’s leading producers of electronics and machinery and according to international team of analysts, in next twenty years roughly a half of all working personnel in the country will be replaced with robots.

Russia’s Robotics Now: NIDays 2015 Moscow
The researchers from the Japanese Nomura Research Institute (NRI) along with their counterparts from Oxford University found out that by 2035 "up to 49 percent of jobs [in Japan] could be replaced by computer systems," according to Engadget.com.

The striking results came after the team of researchers thoroughly examined some six hundred jobs, assessing the levels of creativity needed to carry out them successfully. After that analysts made a list of jobs, which could be automated.

The research showed that such members of staff that operate helpdesks, deliver goods or are involved in agriculture could lose their jobs to robots right now. At the same time, people whose professions are associated with teaching or writing won't be replaced by computers in the foreseeable future.

NASA’s New Robot for Exploring Other Planets Is Like None Other
Michael Osborne of Oxford, who participated in the NRI study, also looked into the possibility of automation of jobs in America and Britain. And the numbers for both countries turned to be more modest than those for Japan: 47 percent in the US and 35 percent automation in the UK.

Still, the outcomes of the research do not actually provide an answer to the question as to what the future will be like in Japan regarding the spreading computerization, researchers pointed out, as some crucial factors could be overlooked during the study.

"[T]his is only a hypothetical technical calculation," Yumi Wakao, NRI's analyst who led the study, explained. "It doesn't take into account social factors."

What do ordinary Japanese say of such prospects?

According to media reports, Japan's residents mostly welcomed the imminent "robo-revolution" because on the one hand it would allow the mitigation of economic pressure on the quickly growing number of aging people across the nation, while on the other it could provide job seekers with the ability to conduct more creative work.

Robots have already started to take over humans' jobs in Japan. There are robots working as receptionists in one of the country's hotels, robots driving cabs and also a robot hosting a TV program. The state government has also announced a plan to create robots-nurses which would assist elderly patients.