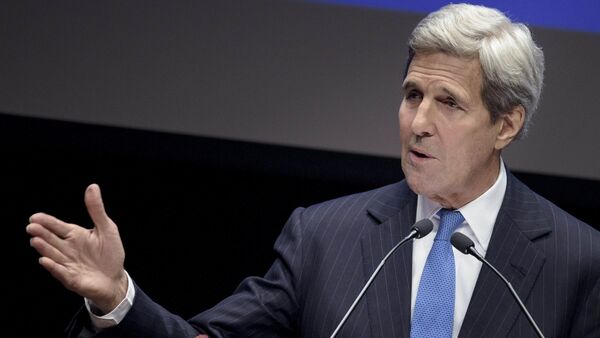 John Kerry said that the third round of talks on Syria crisis settlement will take place in New York later in December.

"The talks on Syria will be [held] in New York later this month," Kerry said at a press briefing.

At the first round of Vienna talks in late October, international mediators elaborated a nine-point plan on ending the Syrian civil war, including a definition of national unity, the defeat of extremist groups and assistance to refugees.

During the second round of the talks, held on November 14, the mediators agreed to the upholding of the 2012 Geneva communique on reaching a political solution to the Syrian civil war. The participating states also set a six-month timeframe for Syria to form an interim unity government, while stipulating that elections in Syria should be held within 18 months.