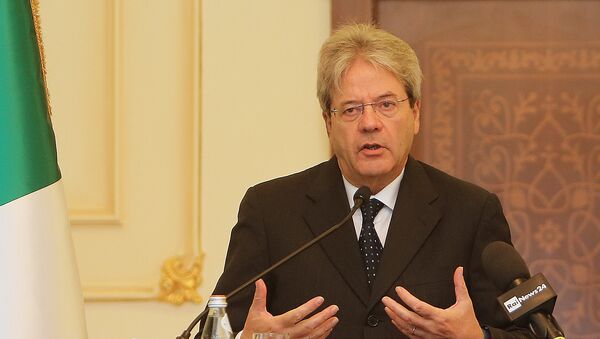 MOSCOW (Sputnik) — It is necessary to jointly fight against terrorism by coordinating the actions of the coalition against the Islamic State (ISIL, or Daesh in Arabic) jihadist group with Russia, Italian Foreign Minister Paolo Gentiloni said on Thursday.

"We have to fight jointly, coordinating the work between the anti-Daesh coalition and Russia," Gentiloni said at the the Ministerial Council conference of the Organization for Security and Co-operation in Europe (OSCE).

EU MP Calls on West to Consider Russia's Anti-Terror Coalition Plan
ISIL, which is outlawed in Russia and many other countries, has taken over large parts of Iraq and Syria since 2014, declaring a caliphate on territories under its control and committing numerous human rights atrocities resulting in enormous humanitarian losses in both states.

A US-led international coalition has been conducting airstrikes against IS since 2014, without the approval of the UN Security Council or the Syrian government.

Russia started an air campaign against IS in Syria on September 30, at the request of Syrian President Bashar Assad.