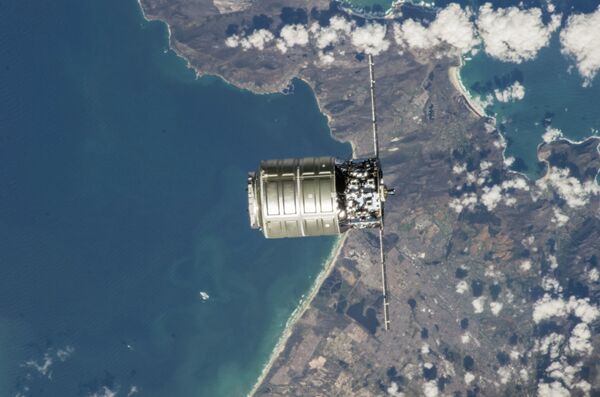 WASHINGTON (Sputnik) – "Cygnus will carry more than 7,000 pounds of science and research, crew supplies and vehicle hardware to the orbital laboratory to support dozens of approximately 250 science and research investigations that will occur during Expeditions 45 and 46," the US National Aeronautics and Space Administration (NASA) said on its website.

The launch, scheduled for 5:55 p.m. EST (22:55 GMT) on Thursday, will be carried out from the Cape Canaveral Air Force Station (CCAFS) in Florida.

World
US Cygnus Cargo Spacecraft to Launch to ISS December 3
This will be Orbital ATK’s fourth contracted mission to the ISS under NASA’s Commercial Resupply Services contract with the company. According to NASA, this will be the first flight of an "enhanced" Cygnus spacecraft, which has a higher payload capacity and new fuel tanks.

The improvements come after the October 2014 accident, when an Orbital ATK Antares rocker that was to deliver a Cygnus spacecraft to the ISS crashed six seconds after launch. Orbital ATK suspended deliveries to the ISS after the crash.