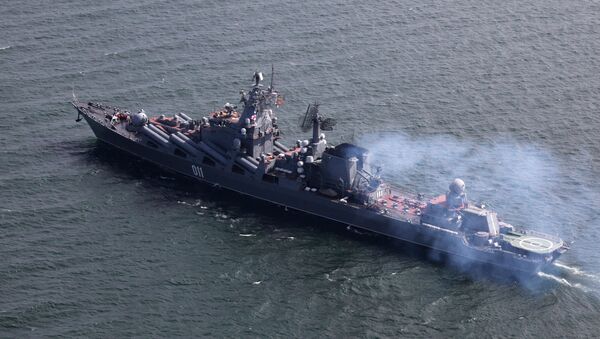 A group of ships from the Russian Pacific Fleet carried out combat task duties while participating in the Russian-Indian drills Indra Navy-2015, a fleet statement announced Wednesday.

Earlier, the Russian Pacific Fleet group left the Russian city of Vladivostok on November 2 and headed to the Visakhapatnam port, India. Further expansion of friendly relations between the fleets of the two countries and a continuation of the ongoing Indra Navy-2015 drills are the main purposes of the visit.

The active phase of the drills will take place December 10-12. Russian and Indian fleets are expected to work through anti-submarine, anti-aircraft and anti-ship defense scenarios.