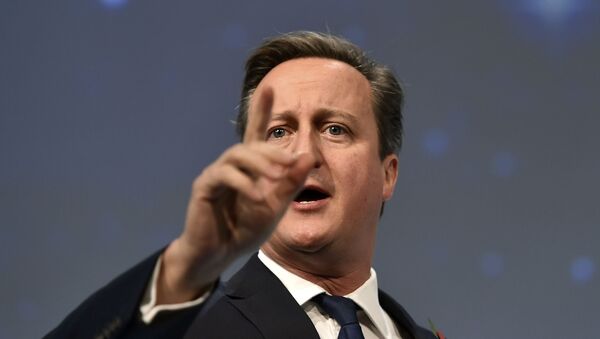 British Prime Minister David Cameron said that some of the 70,000 members of so-called Syrian moderate opposition are not ideal partners, some of them do have views that London doesn’t agree with.

LONDON (Sputnik) – British Prime Minister David Cameron acknowledged on Wednesday that the United Kingdom does not share the views of the so-called moderate opposition supported by Western powers in Syria.

“The 70,000 excludes those in extremist groups like al-Nusra that we will not work with. But as I said very clearly, I am not arguing that the 70,000 are ideal partners, some of them do have views that we don’t agree with,” Cameron said.

Cameron Accuses Opposition Leader Corbyn of Sympathizing With Terrorists
Speaking during one-day debates in the House of Commons ahead of a vote to launch airstrikes in Syria, Cameron set out the case for his imminent air campaign in the Arab republic.

“If we don’t take action against Daesh [Arabic acronym for Islamic State, the militant group [outlawed in Russia] now, the number of ground forces we can work with will get less and less and less,” he claimed, reiterating Western opposition to Syrian President Bashar Assad.

Britain’s role in the 60-nation US-led anti-Daesh coalition is currently limited to operations within Iraq.