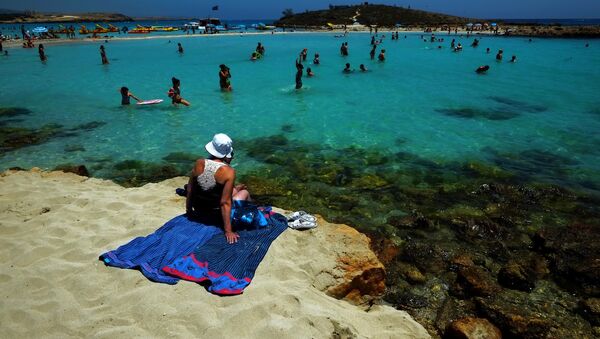 © AP Photo / Petros Karadjias
Subscribe
Lebanon and Cyprus will work on a joint plan to attract Russian tourists, as travel to their most popular destinations of Egypt and Turkey has been restricted, Chairman of the Lebanese-Russian Business Council Jacques Sarraf told Sputnik Wednesday.

MOSCOW (Sputnik) — In November, Russia imposed travel restrictions on its citizens for journeys to Turkey and Egypt, the most popular tourist destinations for Russians, amid security concerns.

"A delegation of Lebanese businessmen will travel to Cyprus, we have already contacted Minister of Commerce, Industry and Tourism [Yiorgos Lakkotrypis] and asked for a meeting with the Minister of Foreign Affairs [Ioannis Kasoulides] to develop a joint Lebanese-Cypriot plan for Russian tourists, so that a full program can be prepared," Sarraf said.

A Russian-operated Airbus A321 crashed en route from Egypt's resort of Sharm el-Sheikh to St. Petersburg on October 31, killing all 224 people on board, after an explosive device detonated in the passenger compartment.

'The Russians Have All Gone': A321 Crash Hits Sinai Tourism Hard
Following the tragedy, Russia announced the repatriation of its citizens vacationing in Egypt and imposed a ban on flights to the country due to security concerns.

Turkish-Russian relations deteriorated rapidly after the downing of a Russian Su-24 bomber by Turkey over Syrian territory on November 24.

On Saturday, Russian President Vladimir Putin issued a decree applying economic measures against Turkey, including travel restrictions, in the interest of national security. The decree was adopted by the Russian parliament on Tuesday.