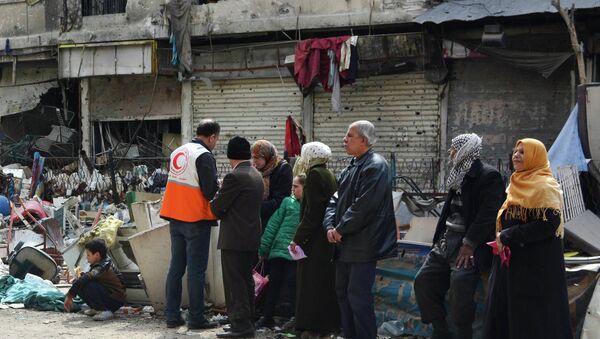 Is YouTube in Cahoots With Israel to Censor Palestinian Videos?
MOSCOW (Sputnik) — The UN Relief and Works Agency for Palestine Refugees in the Near East (UNRWA) has launched a campaign to raise $2 million to help Palestine refugees during the winter period.

"Help us provide vulnerable Palestine refugees…with the support they need to endure the harsh conditions this winter," the UNRWA said in a statement Tuesday.

According to the agency, the campaign aims to raise $1.5 million between 1 December 2015 and 29 February 2016 "to help refugees repair their shelters and buy warm meals, blankets, mattresses, hot plates and other vital items to prepare for the winter season."

About 5 million Palestine refugees are currently registered in 58 refugee camps, including in Jordan, Lebanon, the Gaza Strip, the Syrian Arab Republic and East Jerusalem, according to the UNRWA.