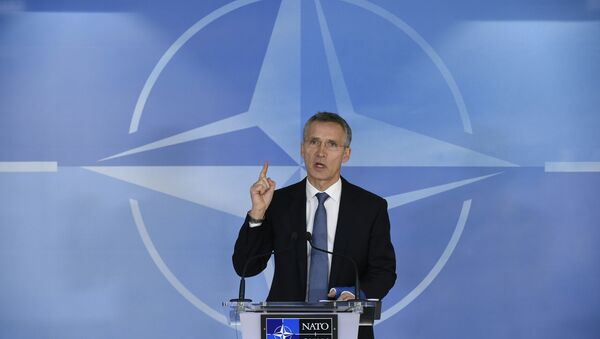 NATO's Secretary-General Jens Stoltenberg said that NATO supports UN efforts to find a political solution in Libya and doesn't plan to launch a military operation in the country.

"When it comes to Libya… There are no plans to launch a new military operation in Libya. We fully support efforts to try to find a political solution, a negotiated peaceful solution," Stoltenberg told reporters at the opening of a meeting of NATO foreign ministers in Brussels.

Islamic State (ISIL, or Daesh in the Arab world) has seized several towns in Libya since November 2014, when a number of Libyan militias pledged allegiance to the group. Libya remains fractured among rival militia lines, with the internationally recognized government in charge of the country's eastern regions.

Moving Closer to Europe: ISIL Sets Its Sights on Expansion in Libya
NATO supports UN efforts to find a political solution, Stoltenberg said, adding that the Alliance would engage in "defense capacity building" once such a solution was in place.

NATO previously intervened in Libya in March 2011 during the country's civil war. A UN Security Council resolution providing for a no-fly zone over Libya was used as a pretext to launch an aerial campaign targeting government forces. The campaign resulted in the fall of Muammar Gaddafi regime after 40 years in power.