EU-Ukraine Free Trade Deal to Enter Into Force in 2016 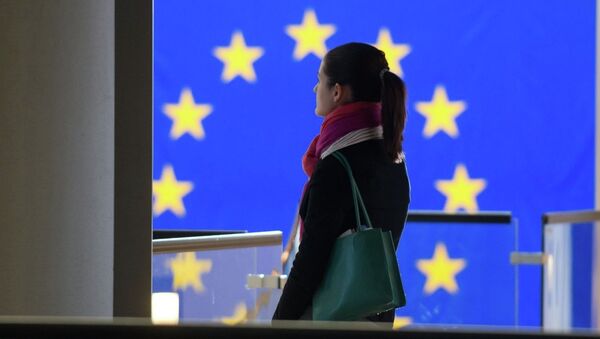 The agreement between Ukraine and the European Union on a free trade zone will enter into force on January 1, 2016, the head of the trade and economic section of the EU delegation to Ukraine said on Tuesday.

Proposed EU Energy Union Prioritizes Russian Gas Transit Via Ukraine
KIEV (Sputnik) – Nicholas Burge confirmed that the agreement between Ukraine and the European Union on the establishment of a free trade zone would come into force at the very beginning of 2016.

He added that it would take from five to 10 years for the agreement to reach its full potential.

Ukraine-Russia-European Commission consultations on the implementation of the EU-Ukraine free trade agreement are scheduled to take place in Brussels on Tuesday.

The Russian side, represented by Minister of Economic Development Alexei Ulyukaev, said earlier that the chances of reaching an agreement before the end of the year on the issue were small, adding that a rushed agreement could expose Russia to certain risks.

However, last week, after a conversation with European Commissioner Cecilia Malmstrom, he said he expected positive results from Tuesday's meeting.

In March, 2014, the Ukraine–EU Association Agreement was ratified. The deal establishes a political and economic association between the parties, which are committed to cooperation and the convergence of their economic policies, legislation, and regulations across a broad range of areas, including a visa-free regime, the exchange of information by security services, the modernization of Ukraine's infrastructure, and access to the European Investment Bank.