Pentagon Slush Funds: How the US Gets to Buy Its Expensive New Weapons 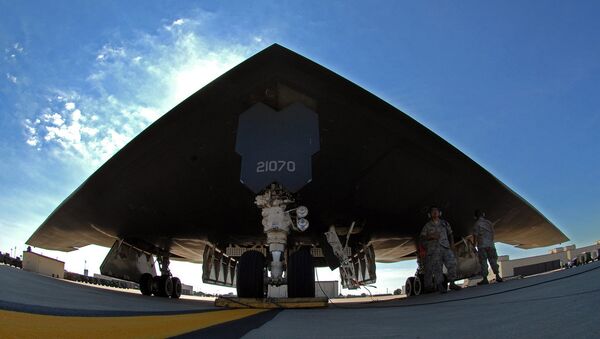 © Flickr / Kenny Holston
Subscribe
International
India
Africa
US has set ambitious plans to modernize all three legs of its nuclear triad over the next thirty years, already awarding contracts to various defense contractors. However here's the rub – where can it get the money for weapons it can barely afford? It turns out that Washington has a few tricks up its sleeve to secure its precious treasure.

There are certain “budget gimmickries” that the US can use, according to Sarah Tully, a Policy Analyst at the Center for Arms Control and Non-Proliferation and Council for a Livable World.

“One option is to divvy up the bill, paying for all or part of the program from a pot of money apart from the normal budget,” she wrote in an article for The National Interest magazine. 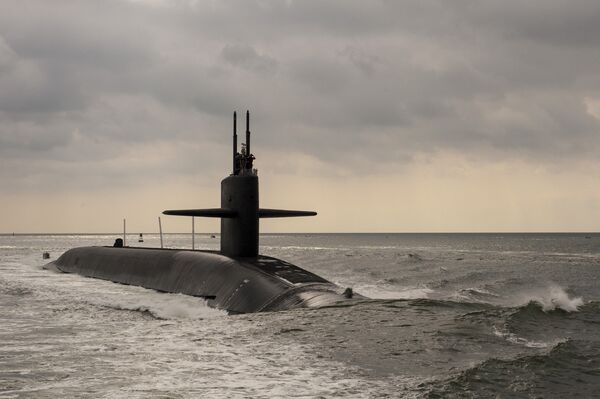 “Congress is currently working to create a loophole to pay for the navy’s leg of the nuclear triad, its submarines, outside of its standard budget: the so-called National Sea-Based Deterrence Fund, a scheme set up by Congress to fund the Ohio-class replacement subs,” the author adds.

The National Sea Based Deterrence Fund (NSBDF) acts like a piggy bank for the ballistic missile submarine replacement program, with both Congress and the defense secretary being able to put money into the account – Congress would theoretically move ORP-related spending items from the shipbuilding and research and development accounts into the NSBDF, and the defense secretary could move extra money in via reprogramming requests.

US Navy Awards $102.8Mln Contract for Nuclear Submarine Development
“Lawmakers argued that because the new submarines are a “national asset,” they shouldn’t have to be funded using the navy’s regular shipbuilding money. It will take nearly $100 billion just to procure the Ohio-class ballistic missile submarine program, and the Sea-Based Deterrence Fund would, in theory, allow the navy to pay for the subs through this off-budget account while funding its other projects through its regular budget,” Sarah Tully says.

The Fund was created to cover the extraordinary cost of replacing the Ohio-class sub — $80 billion to $92 billion depending on the estimate. The appropriators consider it a fiscal gimmick.

With such a scheme in place, the author reasons, “what is keeping the air force from getting its own special, off-budget account for the bomber it also can’t afford?”

“In fact, some policy makers are indeed eyeing the special submarine fund as a model for a potential way to bankroll the new bomber.”

In January 2015, Lt. Gen. Stephen Wilson, Commander of Global Strike Command, said, “We’re looking to see how we can do something like that” in response to a potential Air Force version of the Sea-Based Deterrence fund.

Nuclear Jet Bombers: Probably Not One of America's Better Ideas
The author then explained the inspiration for the gimmick.

“The inspiration for these accounts was likely the Overseas Contingency Operations account (OCO), the most egregious loophole in the federal budgetary process,” she said.

“Unlike the Pentagon base budget and all discretionary non-defense spending, OCO is not subject to the budget caps imposed by the 2011 Budget Control Act. Consequently, OCO is used by all branches of the military as a slush fund to pay for projects that it can’t afford out of the base budget.”

“President George W. Bush established an emergency war funding mechanism after 9/11 to pay for the wars in Iraq and Afghanistan because it was easier than planning for war spending within the base budget.”

The account has since expanded from a war fund to a true Pentagon slush fund, adding, for instance, funding for the F-15 aircraft program when none of these planes have been shot down in Afghanistan or Iraq, the author explains.

“OCO is spending $200 to $300 million on fixing propellers on nuclear submarines. That couldn’t possibly be related to Afghanistan. The last I saw, it was a landlocked country,” she quotes budget expert Gordon Adams as saying.

The author then makes a conclusion that similar practices are “bad budgeting practices and are contagious” and “do nothing to improve the affordability of a given program.”

US Modernized B61-12 Nuclear Bomb Boasts Two New Features
“The Pentagon base budget is zero-sum. If the Navy doesn’t foot the bill for its submarines, or the Air Force for its new bomber, that money is still going to have to come from elsewhere within the defense budget.,” she says.

“Skirting responsibility for the cost of a weapons system is admitting that it is not affordable. If it were, these budget gimmicks wouldn’t be on the table at all,” she therefore concludes.