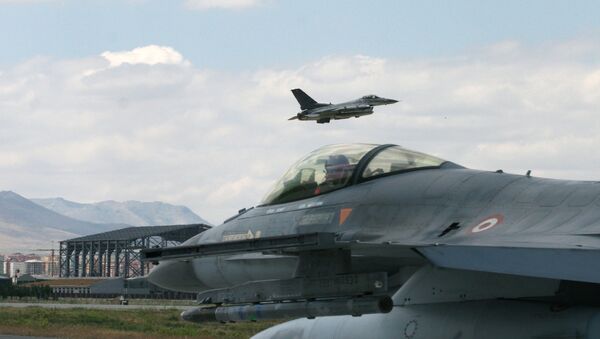 "All allies fully support Turkey’s right to defend its territorial integrity and its airspace," Stoltenberg said at a joint conference with Turkish Prime Minister Ahmet Davutoglu.

Turkey Attempts to Involve NATO in Conflict With Russia - Serbian President
On November 24, a Russian Su-24 bomber was downed by an air-to-air missile while carrying out precision strikes against terrorists in northern Syria. The missile was fired by a Turkish F-16 fighter in response to alleged violation of the Turkish airspace by the Russian jet.