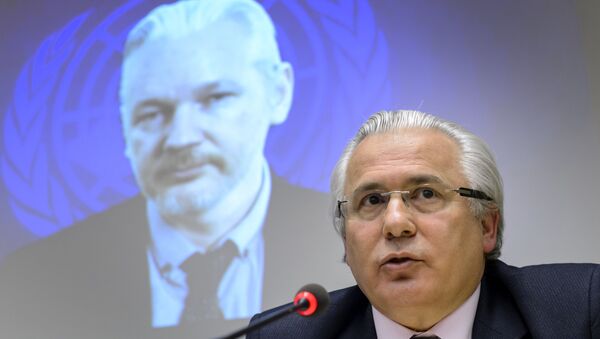 The head of WikiLeaks founder Julian Assange's legal team, Baltasar Garzon, considers it to be crucial that the financial and arms flows to ISIL be investigated, stressing that so far "it has not been done enough there."

Self-Styled ISIL Caliphate Will Stop at Nothing to Get Money for War
MADRID (Sputnik) — The fight against Islamic State (ISIL, or Daesh in the Arab world) cannot be carried out exclusively by military means, as it also requires curbing financial support and arms deliveries to the extremists, the head of WikiLeaks founder Julian Assange's legal team, Baltasar Garzon, told Sputnik Monday.

Garzon, a former judge who spent 32 years investigating terrorism offenses in Spain, considers it to be crucial that the financial and arms flows to ISIL be investigated, stressing that so far "it has not been done enough there."

Instead, the international community has chosen the easiest counter-terrorism strategy — military efforts, which, according to the lawyer, must be accompanied by close coordination between a wide number of states, that should not be focused "exclusive on combat action but should rather be carried out on a way deeper level."

ISIL is a violent extremist group that has seized large areas in Iraq and Syria since 2014 and is notorious for committing many human rights atrocities. Its activities have been outlawed in Russia.

The United States has been leading a coalition of some 60 countries launching airstrikes against ISIL positions in Syria and Iraq since 2014. The military campaign in Syria has not been approved by the UN Security Council or Damascus.

ISIL-Looted Artifacts Show Up in West, Money Used to Fund Jihadists
Russia has been conducting anti-terrorist airstrikes in Syria since September 30 at the request of Syrian President Bashar Assad.

Also Garzon stated that the universal jurisdiction should be extended to cover economic and environmental crimes.

"We are proposing what we define as the new principles of universal jurisdiction stipulating the extension of this mechanism to cover not only genocide and war crimes as crimes against humanity, but also a new vision in which other legal rights may be at stake and affect humanity, such as economic and environmental crimes," Garzon said.

He added that these principles have already been formulated by his team, with a pursuant universal academic and legal debate underway.

The legal doctrine of universal jurisdiction considers some crimes so serious that they affect the entire international community providing any state with the right to exercise its jurisdiction to prosecute the perpetrators.