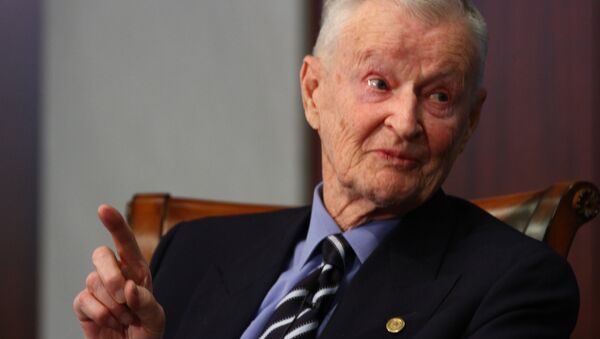 In what might come as a surprise, Zbigniew Brzezinski, a prominent geopolitical strategist and a former National security advisor, downplayed tensions between the United States and Russia, as well as between Moscow and Ankara after the Su-24 bomber was shot out of the Syrian skies by the Turkish Air Force.

All sides opted for a measured response to what transpired on November 24 in the Syrian airspace, the analyst said in an interview with Politico. 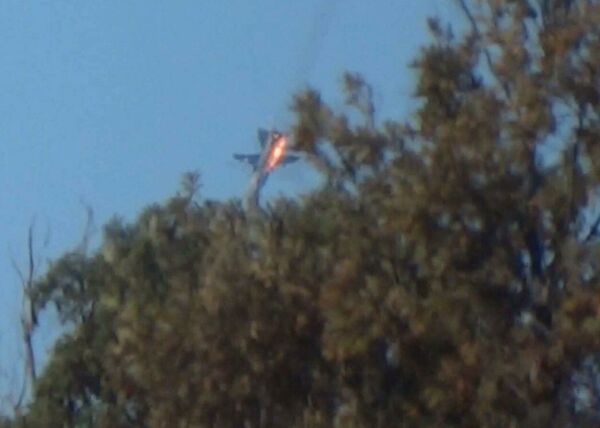 The Russian Su-24 bomber crashes in flames in a mountainous area in northern Syria after it was shot down by Turkish fighter jets near the Turkish-Syrian border November 24, 2015.
© REUTERS / Sadettin Molla

"Putin blew out some steam but subsequently began to talk about coping with the problem. The Turks proved to be resilient and tough but without exaggerating the collision. … So in effect the parties to this unfolding drama have become more reasonable," Brzezinski observed. "But I think it was quite lucky the shoot-down in Turkey was not done by us."

Hidden Agenda? Why Washington Wants Turkey to Send Troops to Syrian Border
The Cold War hawk is also quite optimistic when it comes to relations between Washington and Moscow, which many describe as no less than the second installment of the Cold War. These tensions, according to him, are "serious but not fatal."

"I may be naïve but I think this is one of those situations in which the stakes are not that dramatic," Brzezinski noted.

In fact, the analyst believes that major powers could well move beyond the Su-24 incident, put aside their differences and focus instead on finding a solution to the Syrian conflict since they have a shared interest in regional stability and would prefer to avoid confrontation in other areas.

"In effect, we might be on the brink of some progress among the major powers regarding not just the Turkish-Russian skirmish, but towards some salutary accommodation regarding containment of wider regional violence," Brzezinski noted.

On November 24, a Turkish F-16 shot down a Su-24 bomber involved in Russia's counterterrorism operation in Syria.

Ankara claimed that the aircraft had violated its airspace, although it was shot down over Syrian territory. Russian officials and the Su-24 pilot, who survived the crash, insisted that the plane did not cross into Turkey. Moreover, the crew, according to the pilot, did not receive any warning prior to the attack.