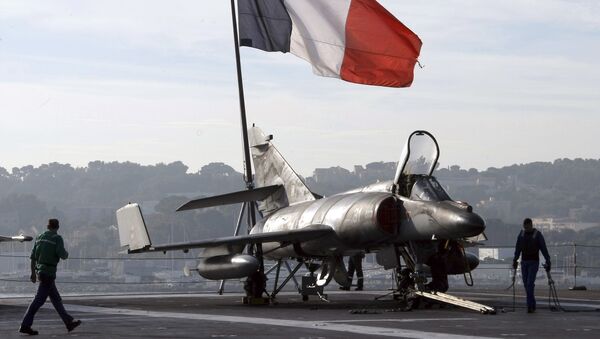 France's long-standing refusal to work with the current Syrian authority remains unaltered despite efforts to intensify the anti-Islamic State fight in the wake of deadly Paris attacks, a source in the French Foreign Ministry told Sputnik Friday.

Putin to Hollande: Terror Attacks Force Russia, France to Unite Efforts
MOSCOW (Sputnik), Daria Chernyshova – Earlier in the day, French Minister Laurent Fabius told RTL radio that troops loyal to Syrian President Bashar Assad, along with the Free Syrian Army and the Kurds, could be used to fight ISIL on the ground, however, he added that such a move was possible if an "urgent and indispensable" political transition occurs.

Only Syrian Army Can Fight Terrorists in Syria on Ground – Kremlin
On Thursday, French President Francoise Hollande met with Russian President Vladimir Putin in Moscow. The leaders agreed they would fight together against common threats and called on their partners to increase coordination in countering the ISIL militants in Syria amid increasingly frequent terror acts.

On November 13, several extremists launched a series of coordinated attacks across Paris, killing some 130 people and injuring over 360 at several locations, including restaurants, the Bataclan concert hall and in the vicinity of the Stade de France stadium. The Islamic State militant group claimed responsibility for the attacks.