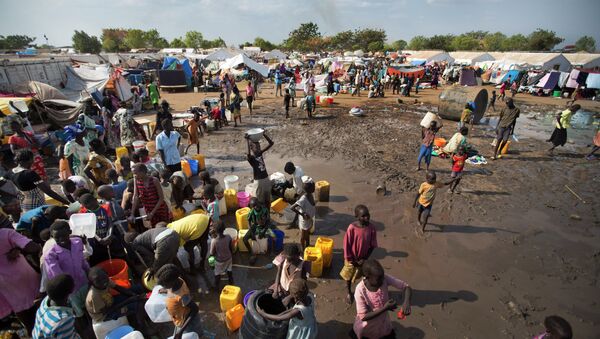 © AP Photo / Ben Curtis, File
Subscribe
The number of children directly involved in the violence in South Sudan is on the rise as more youth continue to be recruited by and join armed militias, the UN Children’s Fund (UNICEF) stated in a press release on Friday.

"The sheer level of brutality and the number of children directly involved in the fighting has only increased this year," the statement said. "Since the beginning of 2015, the situation for children has worsened, and there are now as many as 16,000 associated with armed forces or groups."

UNICEF, the release added, renewed its call for an immediate cessation of hostilities and for all sides to uphold their commitments to a peace agreement reached in August between the government and the opposition, including the release of children associated with armed forces.

Since fighting broke out in 2013, nearly 1,500 children have been killed, 900,000 have been internally displaced and roughly one million are suffering from malnutrition, according to UNICEF.

000000
Popular comments
what a terrible life has kids of Africa