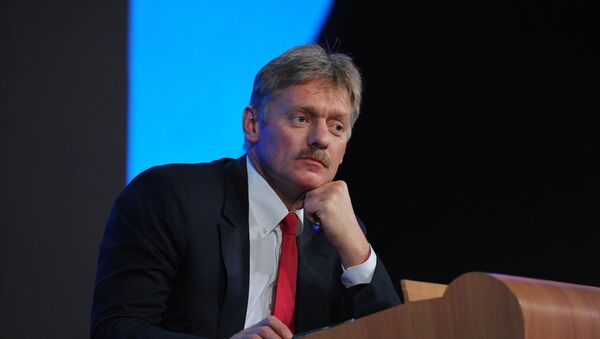 On Thursday, Russian President Vladimir Putin said at a meeting with his French counterpart Francois Hollande that Moscow and Paris agreed on the need to create a broad coalition to counter terrorism. Putin first proposed this at the UN General Assembly in September.

MOSCOW (Sputnik) – Russia’s partners are not ready to work as a united coalition to fight terrorism yet, Kremlin spokesman Dmitry Peskov said Friday.

"Russia, as is known, and as [Russian President] Vladimir Putin said many times, including at the UN General Assembly, is calling for creation of a coalition. At the moment, unfortunately, our partners are not ready to work in the format of a united coalition," Peskov told journalists.

Putin: Russia, France Share Desire to Punish Perpetrators of Terrorist Acts
According to Peskov, Russia is "keeping its readiness and its desire to cooperate in whichever format our partners are ready for."

A US-led international coalition, including France, has been conducting airstrikes against the Islamic State militant group in Syria and Iraq since 2014 without the approval of the UN Security Council or the Syrian government. Russia launched its own air campaign against the extremists in Syria on September 30 at the request of Damascus.