Some 1,000 Gather in Istanbul to Support Detained Turkish Journalists 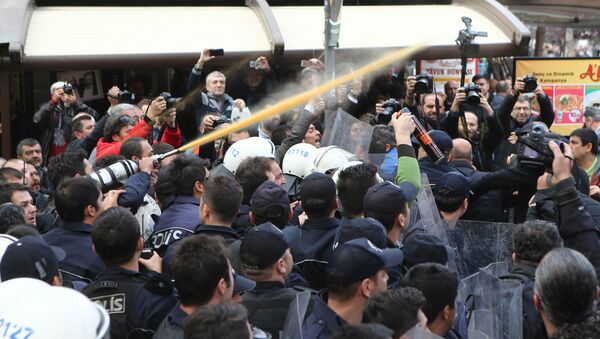 OSCE, Journalists Urge Turkey to Free Reporters Arrested With Espionage
MOSCOW (Sputnik) — On Thursday, Cumhuriyet newspaper Editor-in-Chief Can Dundar and the daily’s Ankara representative Erdem Gul were detained after being summoned to an Istanbul courthouse to testify on the newspaper's coverage of official Turkish trucks transporting weapons to Syria.

According to the Turkish Today's Zaman newspaper, people gathered near the office of the Cumhuriyet newspaper where the arrested journalists were employed in a show of solidarity.

Ankara denied the reports, insisting instead that the vehicles were delivering aid to Syrian Turkmens.