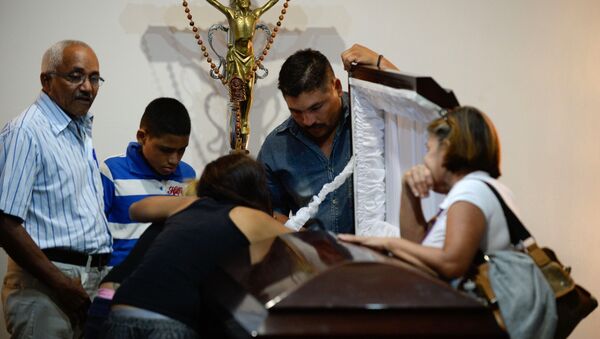 Maduro Accuses US of Using Human Rights as Weapon Against Venezuela
​Angel Rodriguez, one of the leaders of the ruling United Socialist Party of Venezuela (PSUV) told Sputnik earlier in October that Washington "intensified pressure and attacks" on Caracas ahead of the electoral process.

Henry Ramos Allup suggested on Twitter that the assassination of his party’s regional leader was organized by PSUV.

Opinion polls conducted last month placed the opposition Democratic Unity Roundtable (MUD) coalition, of which AD is a member, ahead of PSUV by a margin of 40 percent.