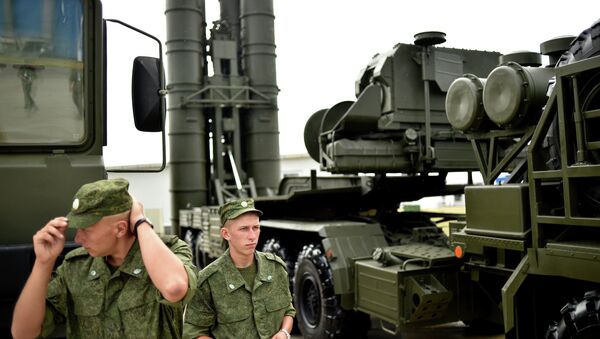 The deployment of Russian S-400 anti-aircraft defense systems in Syria will not have a significant impact on US-led coalition action in the country as both sides have the common goal of defeating Islamic State radicals in Syria, Commander of US Air Forces Central Command said.

WASHINGTON (Sputnik) – Russia has been conducting airstrikes against ISIL radicals in Syria at the request of Syrian President Bashar Assad, while a US-led international coalition has been targeting ISIL positions in the country without the permission of Damascus or the United Nations.

Brown admitted that communication between Russia and the US-led coalition on the subject of military action in Syria is conducted mostly to ensure flight safety and there is practically no coordination or cooperation, however, both sides are interested in defeating ISIL.

"Yes, it [Russia’s S-400 deployment] does complicate things a little bit, and we’ll put some thought to it, but we still have a job to do here, and we’re going to continue to do that job – to defeat Daesh [ISIL]," Brown told Air Force Times.

Details of Operation to Rescue Russian Su-24 Co-Pilot Revealed
On Tuesday, a Russian Su-24 jet crashed in Syria. Ankara has claimed that it downed the Russian aircraft because it violated Turkish airspace. Russian President Vladimir Putin said that the plane was downed by an air-to-air missile launched by a Turkish F-16 jet over Syrian territory, falling 4 kilometers (2.5 miles) from the Turkish border.

The Russian Defense Ministry declared after the incident that all Russian bombers operating in Syria will now be flying only under the cover of fighter aircraft.

Russian Defense Minister Sergei Shoigu announced on Wednesday that Russia was going to send its S-400 Triumf (SA-21 Growler) missile systems to the Khmeimim Air Base in Syria.