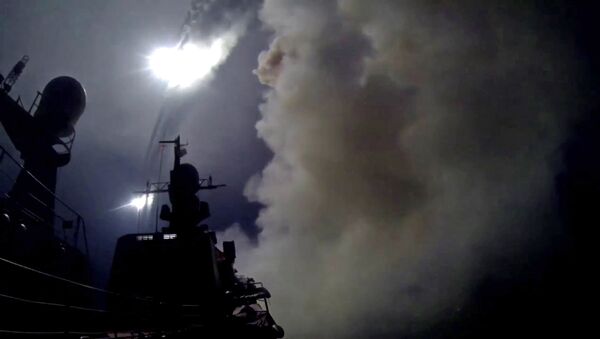 © Министерство обороны РФ
/
Go to the mediabank
Subscribe
International
India
Africa
Italian Prime Minister Matteo Renzi said that the recent terrorist attacks on Paris were "not only against France, but against Europe and the whole humanity."

"There is a need for a broader coalition that would enable us to destroy the Islamic State," Renzi said in Paris where he met with French President Francois Hollande.

Paris Terrorist Planned Second Attack on Financial District
He added that the recent terrorist attacks on Paris were "not only against France, but against Europe and the whole humanity."

A US-led international coalition has been conducting airstrikes against ISIL in Syria since September 2014, without the approval of the UN Security Council or the Syrian government.

On September 30, Russia began a separate anti-ISIL air campaign in Syria at the request of Syrian President Bashar Assad.

Last week, Hollande called for a united anti-terrorist efforts thorough a broad coalition including the United States and Russia after ISIL claimed responsibility for the November 13 terrorist attacks in Paris that killed 130 people and injured over 350.