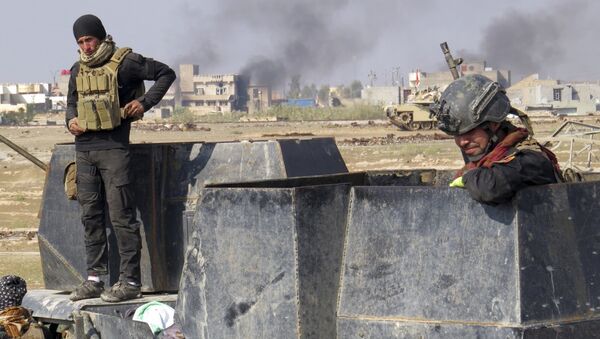 "After we liberated the Palestine Bridge, which is located near the Anbar operation headquarters in the Khalidiya district, we cut off the terrorists’ supply line in Ramadi and western regions," Ibrahim Fahdawi, chairman of the regional security committee, was quoted as saying by the Baghdadia broadcaster.

The predominantly Sunni province fell to the ISIL twice this year, prompting Iraqi forces to launch a large-scale campaign to recapture the region and its capital city of Ramadi.

"This will help resolve the battle," Fahdawi added.

Iraqi Prime Minister Haider Abadi estimated the number of armed ISIL militants in Anbar was at around 5,000 earlier this spring.