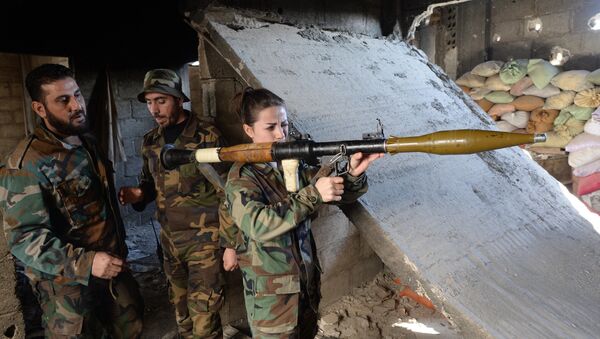 © Sputnik / Mikhail Voskresenskiy
/
Go to the mediabank
Subscribe
International
India
Africa
Iran's Fars news agency reports on gains made by the Syrian Army and National Defense Forces in the area around the port of Latakia.

Another Day, Another Anti-Terror Barrage: Syrian Army Reports More Gains
Syrian government forces made gains against terrorist groups in Latakia Province, in the west of Syria close to the border with Turkey, Fars News reported on Wednesday.

"The Syrian Army alongside the country's National Defense Forces (NDF) on Wednesday continued pushing back the militant groups in Latakia province and restored full security to at least five more key regions in the Northern part of the coastal province." 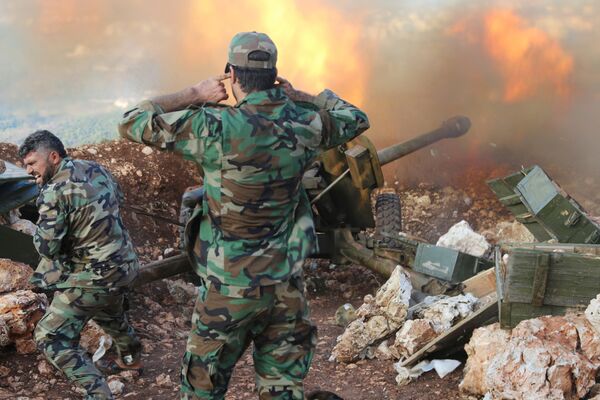 In this photo taken on Saturday, Oct. 10, 2015, Syrian army personnel fire a cannon in Latakia province, about 12 miles from the border with Turkey in Syria
© AP Photo / Alexander Kots
The government forces regained control of several high points and hills in the region, killing many militants in the process, Fars reported.
Newsfeed
0
Access to the chat has been blocked for violating the rules . You will be able to participate again through:∞. If you do not agree with the blocking, please use the feedback form
The discussion is closed. You can participate in the discussion within 24 hours after the publication of the article.
To participate in the discussion
log in or register
loader
Chats
Заголовок открываемого материала