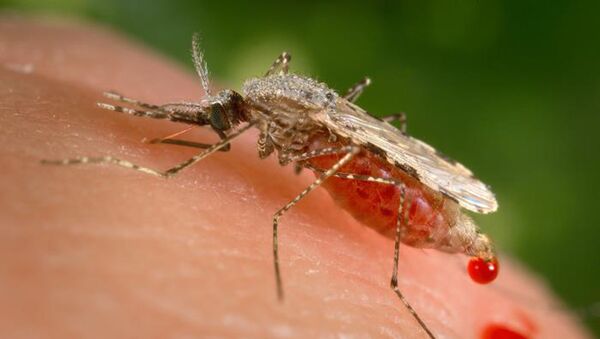 © AP Photo / James Gathany/CDC
Subscribe
Malaria claims the lives of hundreds of thousands of people each year. But this week, scientists announced they’ve made a breakthrough by designing a brand-new species of malaria-proof mosquitos that promises to be a game-changer.

Scientists Plan to Genetically Engineer Animals to be Used by US Military
Genetically modified insects may well be the world’s answer to malaria, researchers from the University of California announced in an online release on Monday. It’s possible because of a “ground-breaking gene editing technique,” they revealed.

Today, the entire global population of these state-of-the-art insects live in one lab on the US west coast, but they have big futures ahead of them, replacing ‘old-school’ mosquitos – the sole carriers of deadly malaria – thanks to the miracle of genetic modification.

Malaria: A deadly disease Half of the world's population is at risk of malaria. #malaria #mosquitoes #who pic.twitter.com/2FvKd2mnKf

The breakthrough technology has been dubbed CRISPR (Clustered Regularly Interspaced Short Palindromic Repeats), “a powerful gene editing tool that allows access to a cell’s nucleus to snip DNA to either replace mutated genes or insert new ones,” the statement reads.

“This opens up the real promise that this technique can be adapted for eliminating malaria,” said Anthony James, Distinguished Professor of molecular biology and biochemistry and microbiology and molecular genetics at the University of California’s Irvine campus.

It took his lab almost two decades to engineer a disease-free mosquito in collaboration with another research group.

CRISPR was applied to Anopheles stephensi mosquitoes, the chief malaria vector in Asia. The method allows RNA to create a “genetic ‘cassette’ that, when injected into a mosquito embryo, targeted a highly specific spot on the germ line DNA to insert the antimalaria antibody genes,” the statement reads.

In Africa a child dies every minute from #malaria. It's caused by parasites spread to people through the bites of infected mosquitoes. #WHO

According to the Centers for Disease Control and Prevention, an estimated 500,000 people died from malaria in 2013, most of them children in Africa.