One of Su-24 Pilots Shot Parachuting to the Ground 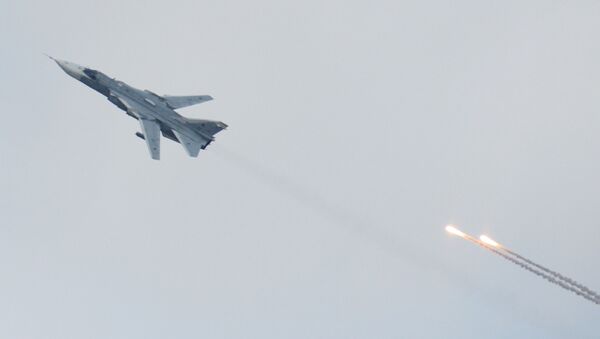 According to preliminary information provided by Russian military's General Staff, one Russian pilot who ejected from the airplane was killed by ground fire while parachuting to safety.

A video has appeared on YouTube showing militants shooting at pilots who had ejected from the Russian Su-24M bomber shot down by the Turkish Air Force earlier on Tuesday.

Earlier, a representative from a "Syrian opposition" detachment announced that his group had executed the pilots who had ejected from the downed Russian Su-24.

Syrian air defense command has confirmed that the Russian Su-24 jet did not cross over into Turkish airspace.

A Russian Su-24M Fencer jet crashed in Syria earlier in the day with two people aboard. Ankara claims Turkish F-16s shot down the plane because it violated the country's airspace. Contrary to Ankara's accusations, Russian President Vladimir Putin said the aircraft was 0.6 miles away from Turkey when it was shot down.