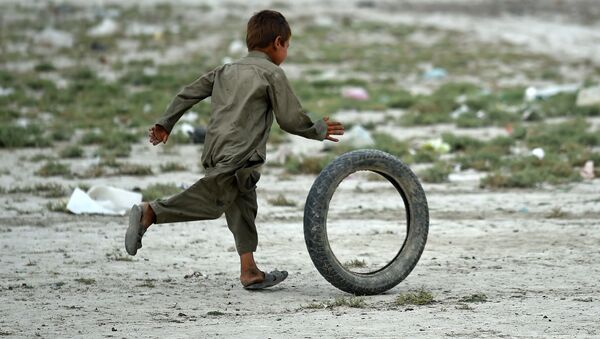 © AFP 2021 / Wakil Kohsar
Subscribe
Three others were killed in the Afghan capital when an improvised explosive devise detonated at a roundabout.

New Taliban Breakaway Group Claims it Will Champion Peace, Women’s Rights
Eight children between the ages of ten and 14 were killed after the head of the rocket they were playing with detonated on Tuesday. The kids found the discarded weapon and wrapped it in cloth and were throwing it when the incident occurred, local police chief Abdul Rahman Rahimi said, according to media reports.

No group has claimed responsibility for the explosion.