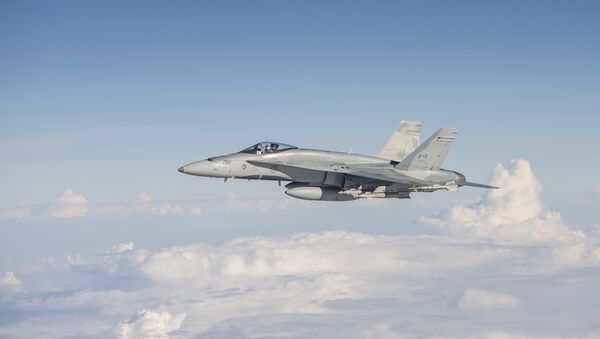 An investigation by Canadian Armed Forces (CAF) did not indicate that airstrikes undertaken in northern Iraq had killed any civilians, CAF Strategic Joint Staff Director Major-General Charles Lamarre said in a statement emailed to Sputnik.

WASHINGTON (Sputnik) — The statement comes after Canada’s Globe and Mail newspaper reported that Canadian airstrikes in Iraq’s northern city of Mosul on November 19 killed between five and 13 civilians.

"The CAF's review of the November 19, 2015 airstrike in Mosul did not reveal any information to suggest that civilians had been harmed or killed," Lamarre noted. "The nearest structure to the strike was well outside of the explosive radius of the weapons used‎."

Lamarre added that the CAF "carefully plan, execute and then thoroughly review all completed Canadian airstrikes."

The Globe and Mail stated that airwar.org, an online project that monitors international airstrikes against the Islamic State, has gathered local media reports on the incident from Nineveh Reporters Network, Mosul News and Nineveh News, as well as other Iraqi outlets.

Canadian F-18 jets have carried out at least 16 airstrikes since new Prime Minister Justin Trudeau and his Liberal Party won Canada’s October 19 general election. Trudeau has said that all Canadian aircraft will be withdrawn from the conflict by March 31, 2016, according to The Globe and Mail.