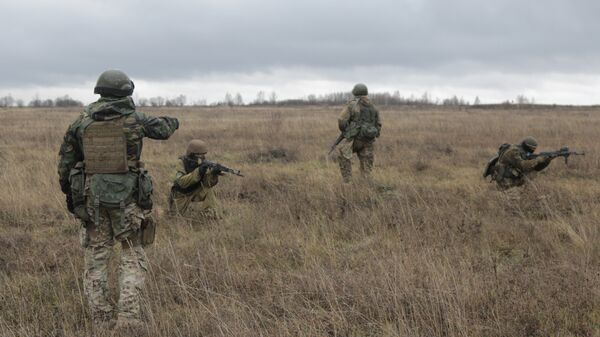 WASHINGTON (Sputnik) — The Pentagon said it had provided Ukraine with more than $265 million in equipment and training. Washington has been providing non-lethal military assistance to Kiev since the conflict between Ukrainian government troops and pro-independence militias began in the spring of 2014.

“The phase that began today will train up to five battalions of [Ukrainian] Ministry of Defense personnel and one battalion of special operations forces personnel,” the release said on Monday.

The spokesperson noted that US soldiers represent the 173rd Airborne Brigade, and NATO allies and other US personnel will also participate in the training.

"This is part of our ongoing efforts to contribute to Ukraine's long-term military reform and professionalism, and to help improve Ukraine's internal defense capabilities and training capacity," Davis said.

The training will take place at the International Peacekeeping and Security Center at Yavoriv, and the special operations forces will be trained in Khmelnitsky, according to the release.