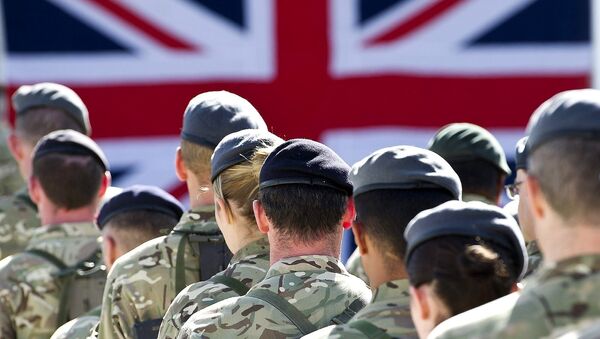 UK Prime Minister David Cameron has been forced into a dramatic climbdown over British armed forces, five years after slashing the defense budget, following the Paris attacks and the United Nations vote to fight ISIL.

Five years after Cameron ordered massive cuts to the UK defense forces — including scrapping the entire Harrier aircraft fleet, mothballing a brand new aircraft carrier, cutting the army by 7,000 and disposing of its entire Nimrod surveillance air fleet — Cameron has been forced to announce a U-turn.

Following the Paris attacks, in which 129 were killed and hundreds injured after a series of shootings and suicide bombings by ISIL-supporting terrorists, and the decision by the UN to "take all necessary action" in the fight against Islamic State, Cameron has pledged to spend an extra US$270 billion on Britain's defense budget.

In 2010, after Cameron had become prime minister leading a coalition government with the Liberal Democrats, he immediately announced a review of the UK defense budget. His government said:

At the time, UK Secretary of State for Defense, Dr Liam Fox, said:

"Tough decisions are required to reconfigure our Armed Forces to confront future threats whilst we also tackle the £38 billion (US$57.5bn) deficit that has accumulated in the 12 years since the last Defense Review."

The cuts included mothballing one of the two brand new Queen Elizabeth class aircraft carriers and reducing the number of F-35 jets, scheduled to be deployed on them. Worse still, the government also changed its mind twice over the type of F-35 it would purchase — switching from the conventional take-off and landing (CTOL) type to the short-take-off-vertical-landing version and then back again to the CTOL. The decision to mothball one of the carriers was reversed in 2014.

Its existing aircraft carrier — HMS Illustrious — was decommissioned and its fleet of Harrier aircraft scrapped. Army numbers were reduced to the point that one commentator said the UK would be "unable to put sandals in the sand, let alone boots on the ground" in the fight against ISIL.

The cuts threatened to jeopardize the UK's commitment to maintain defense budgets at 2 percent of GDP as it slashed the regular army personnel by 10 percent and both the RAF and the Royal Navy by 5,000 each.

However, Cameron Monday — spurred on by the international consensus on taking on ISIL and following the Paris attack — has announced a US$270 billion investment in defense equipment and support over the next decade.

PM: We will be funding an increase in the security services of 1,900 personnel and safeguarding the counter-terrorism budget #PMQs

The UK will extend the life of its multirole Typhoon for 10 extra years through to 2040, creating two additional squadrons. The UK will also create two new 'strike brigades' by 2025 to be rapidly deployable, able to self-deploy thousands of kilometers, and with a much lower logistic footprint. They will use the new Ajax family (previously known as Scout) range of vehicles, comprising 6 variants and almost 600 armoured vehicles.