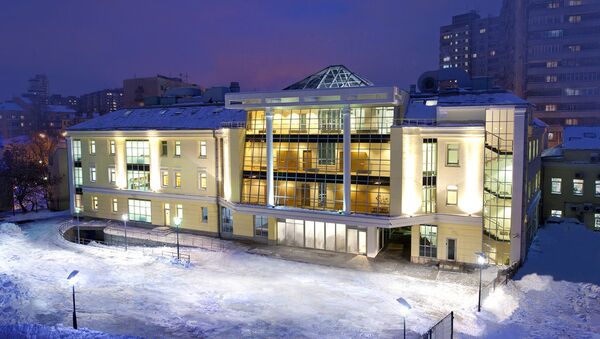 A court in Moscow has banned the local branch of the Church of Scientology, a RIA Novosti correspondent reported from the courtroom Monday.

‘Race War’: FBI Thwarts Plot to Attack Black Churches, Synagogues
MOSCOW (Sputnik) – During the inspection the Russian Ministry of Justice found out that the word 'scientology' had been registered as a trade mark owned by the US Religious Technology Center.


The court backed the Russian Justice Ministry's claim that the organization's activity did not comply with the federal law on freedom of religion.

"The representatives of the Church of Scientology have created many legal conflicts by themselves by restricting the religious freedom through the use of trade marks," the Ministry of Justice said.

Instagram Deletes Account for Revealing Destroyed Serb Churches in Kosovo
The Church was founded by American science fiction author L. Ron Hubbard in the 1950s, and has been the subject of controversy around the world.

The e-meter device used by the Church of Scientology purports to measure, among other things, the number of "body thetans" present in an individual, which are the souls of aliens brought to planet Earth 75 million years ago, according to Scientology doctrine.

Scientology, which reportedly has eight million members worldwide, is considered to be a religion in some countries.