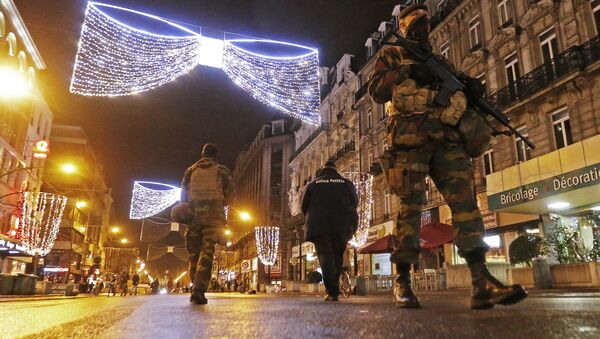 One of the surviving Paris attackers who evaded anti-terror raids in the Belgian capital city of Brussels has been spotted fleeing toward Germany, local media reported Monday.

Belgian Authorities Name Third Suspect in Paris Attacks
MOSCOW (Sputnik) – Police in the Belgian city of Liege spotted a suspicious individual who was thought to be Abdeslam Salah, the Belgian daily La Derniere Heure said, adding that the person escaped in a BMW and entered the E40 motorway toward Germany.

The 19 raids took place across seven Brussels districts on Sunday, including Charleroi, where 16 suspects were arrested, according to Belgian prosecutors. No weapons or explosives were found in the operation, they added.

Abdeslam is suspected of having rented a getaway car in the November 13 series of assaults and suicide bombings in the French capital that killed 130 and injured over 350.

The following day, French police stopped – and then released – Abdeslam near the Belgian border, unaware at the time of his involvement in the attacks. Witnesses have spotted Abdeslam at various locations in Brussels since that time.

Brussels remains on lockdown amid an elevated terror threat of imminent attack, with railway transportation and schools declared shut on Monday.