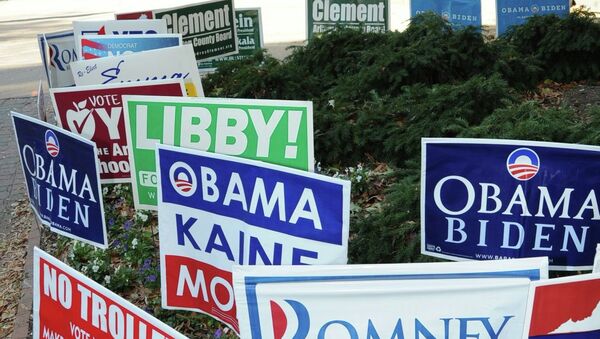 © Photo : Jaclyn O'Laughlin
Subscribe
International
India
Africa
Authorities in the US state of North Carolina have changed the locations of many early voting sites last year, making it harder for minorities to participate in the electoral process, a new study by the data analysis firm Insightus revealed.

"No one seems to have noticed that those changes added more than a third of a million miles to the distance between black voters’ homes and their polling places," the study, released on Monday, stated.

From 2012 to 2014, North Carolina increased the number of its early voting sites, but made substantial changes at the locations, according to Insightus.

The aggregate increase in distance for white voters was 21,000 miles compared to more 350,000 miles for black voters, the study added.

At least 113 bills have been introduced or carried out in 2015 that aim to restrict access to voter registration in more than 33 US states, according to the Brennan Center for Justice.