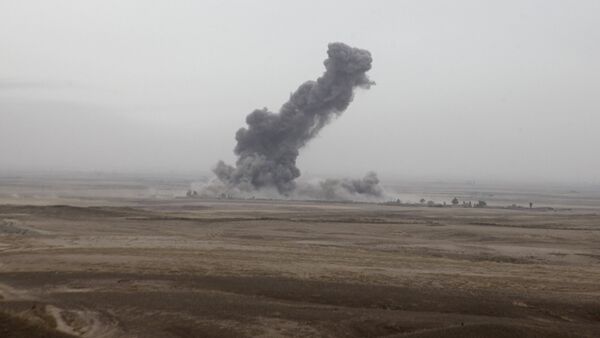 © REUTERS / Stringer
Subscribe
International
India
Africa
The US-led 65-nation coalition against the Islamic State has held its fifth coordinating meeting in Washington with Vice President Joe Biden attending and all members vowing unity and cooperation, the US Department of State said in a press release on Monday.

WASHINGTON (Sputnik) — Brett McGurk, Special Presidential Envoy for the Global Coalition to Counter the Islamic State, told the briefing that the coalition forces were pushing back the Islamic State in Iraq and Syria across multiple lines.

“Coalition partners were clear that they stand in solidarity… in their commitment to work together in defeating [the Islamic State],” the release stated.

The meeting was the fifth Washington plenary session of coalition ambassadors and senior diplomats, the release noted.