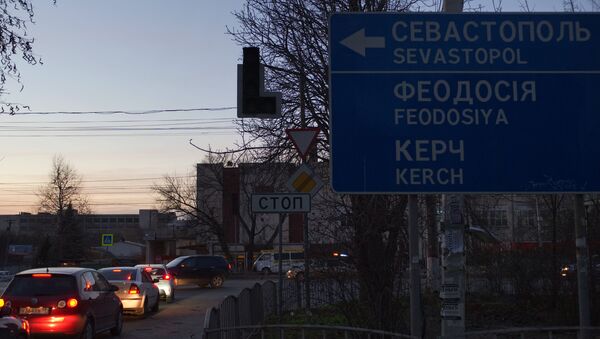 The blackout in Russia's Crimea peninsula is a criminal act that must be investigated, a German Foreign Ministry spokesman said Monday.

"Attacks on Ukraine's public infrastructure, including that providing Crimea with electricity, are criminal acts. We expect them to be perceived as such and investigated by Ukrainian officials," Martin Schaefer said.

Russia
Crimea Left With 29 Days of Backup Fuel After Ukraine Power Explosion
The spokesman added that Berlin expected power to be quickly restored in the Black Sea peninsula.

German media also criticized the attacks, with Frankfurter Allgemeine Zeitung commentator Reinhard Veser writing that the attacks show criminal negligence toward the peninsula's residents, which could also lead to tensions between Ukraine and Russia.

Ukrainian energy utility Ukrenergo previously said that the power line downing caused considerable difficulties, including the forced shut-off of several power stations. The utility warned that shutoffs at nuclear reactors in the area could lead to accidents.