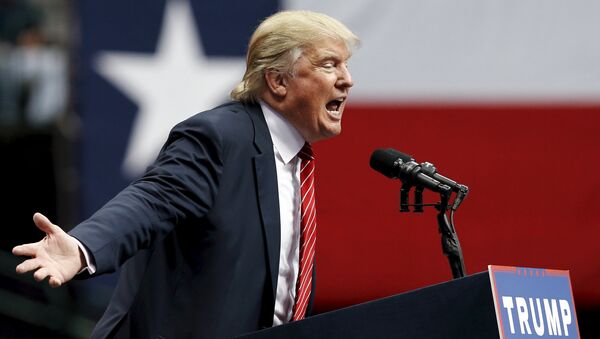 For one, the statistics are 100% fabricated. Secondly, the source of the numbers, the Crime Statistics Bureau in San Francisco, does not exist.

As for the graphic’s source, blogger Charles Johnson of Little Green Footballs found that it appears to be a neo-Nazi who praises Adolf Hitler in his profile: "we Should have listened to the Austrian chap with the little moustache."

"It's unlikely Trump knew a neo-Nazi is the apparent source of the graphic," Vox's German Lopez wrote, "but he should have known that he was wading into some rather racist territory with the tweet."

The image was posted on the conservative account Sexy Patriot shortly before Trump shared it.

The tweet prompted Noah Shachtman, an editor at website the Daily Beast, to call for a boycott of Trump's businesses.

The Blaze, a site founded by conservative media personality Glenn Beck, pointed out that Shachtman is a former campaign staffer of President Bill Clinton, and accused the Daily Beast of bias.

The Daily Beast's editor-in-chief John Avlon stood behind Shachtman on Monday, saying Shachtman is free to express himself on his own social media profiles.

Avlon also took the opportunity to throw a barb at Beck.