US Cops Stole More Last Year Than the Burglars They Chase 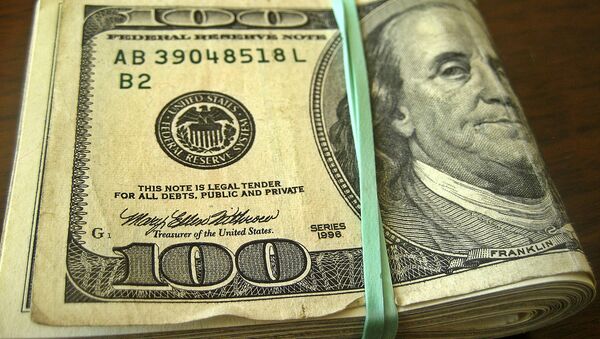 Stolen Goods? Town’s Civil Forfeitures Fund Top-of-the-Line Police Station
From 1989 to 2009, the highly controversial practice of civil asset forfeiture grew by 19.4% per year. In 2010, it grew by 52.8%, Boing Boing reported.

As Martin Armstrong wrote last week on his website Armstrong Economics, "the police are now taking more assets than the criminals.”

“The police have been violating the laws to confiscate assets all over the country,” Armstrong wrote. “A scathing report on California warns of pervasive abuse by police to rob the people without proving that any crime occurred. Even Eric Holder came out in January suggesting reform because of the widespread abuse of the civil asset forfeiture laws by police.”

RT Chief Outraged at 'Shocking' Proposal to Seize Channel’s US Assets
Research by the Institute for Justice challenged a frequently perpetuated notion that civil forfeiture is mainly used against drug kingpins and major criminals.

According to the Institute’s findings, in Minnesota, for example, the average value of forfeited property was $1,250, while in Georgia half of the property seized by law enforcement in 2011 was worth less than $650.

As the costs associated with trying to retrieve the seized funds often surpass what was taken, many people do not even bother and the funds are taken from them forever.